What You Need To Know About Impaired Driving Laws

Impaired driving is not only dangerous, it can ruin lives. However, many drivers in Ontario continue to drive while impaired. Drug impaired and drunk driving accidents in Ontario remain a road safety threat. While a lot of work has been done, there is still a way to go, and if you do your part, you can help make our roads safer.

In this blog, we’ll discuss impaired driving in Ontario. We’ll provide impaired driving definitions and discuss laws, penalties and statistics. Get important information all drivers in Ontario need to be aware of before they get behind the wheel.

What Is Impaired Driving?

Impaired driving in Ontario is a serious offence. It refers to two main types of impairment – drug impairment and alcohol impairment. Driving with a blood alcohol concentration of 0.08 or higher is a criminal offense. You also face consequences if ycompour BAC is between 0.05 and 0.08. For drug impairment, you cannot have more than two nanograms of THC per millilitre of blood.

Driving while impaired puts people at risk, increases your chances of getting into an accident, and it could even land you in jail, not to mention the serious insurance consequences. The criminal code of Canada and each province have laws prohibiting impaired driving.

What Is The Meaning Of Impaired Driving?

Impaired driving definition by the Ontario Ministry of Transportation :

"Impaired driving means operating a vehicle (including cars, trucks, boats, snowmobiles and off-road vehicles) while under the influence of alcohol or drugs."

What Is The Difference Between Impaired Driving and DUI?

Many people assume impaired driving and DUI are the same thing. DUI is actually one of the many types of impaired driving that focuses on drinking and driving. Learn more about Driving Under the Influence and DUI Insurance. Impaired driving is a broader term that encompasses a number of impairments.

What Are The Types Of Impaired Driving In Ontario?

There are three main types of impaired driving, each of which can impact your ability to drive:

Other things that can impair your ability to drive include lack of sleep, distracted driving, and texting and driving.

The new laws also increase the maximum fines for most alcohol impaired offences. Changes to the interlock program and other changes were also proposed.

What Are The Impaired Driving Penalties?

Laws For Impaired Driving In Canada

A Combination Of Alcohol And Drug Impairment

Here are the charges and penalties for drug impaired driving :

What Are The Rules For Impaired Driving In Ontario

What Are The Penalties For Refusing Drug Or Alcohol Roadside Test

Refusal to take a BAC roadside test or if a drug recognition evaluators determines you are impaired will result in :

How Do Police Detect Impaired Drivers?

Police use a variety of tests to assess the sobriety of drivers. In Ontario, they use these four tests :

There is zero tolerance for driving and driving and drug impaired driving for new drivers. New and young drivers in Ontario are not permitted to have any alcohol or drugs. This is applicable to all drivers with a G1 or G2 drivers licence. They will receive fines and penalties even if trace amounts are in their system. You must have a 0.00% BAC at all times when driving, even if you are legal drinking age.

What Is Blood Alcohol Concentration (BAC)?

A BAC of 0.08% means your blood supply has 0.08 parts of alcohol for every 1000 parts blood. As your BAC increases, so does your level of impairment.

What Does Blood Alcohol Concentration Of 0.05 Mean?

When a person has a BAC of 0.05% they can start to experience minor impairments related to memory and reasoning. It can impair your ability to drive. At 0.05% you have 50 milligrams of alcohol per 100 millilitres of blood in your system. It also means you have reached the warm level.

)If you are caught driving with 0.05% BAC and up to 0.08% you face administrative driving penalties. MADD explains:

” Drivers at these levels do not face criminal impaired driving charges, but they are subject to licence suspensions ranging from 24 hours to 7 days depending on the province or territory. Provincial administrative licence suspension programs also include escalating suspensions for repeat infractions, vehicle impoundments, education and remedial program requirements and alcohol ignition interlocks.”

Statistics Canada’s most recent report on impaired driving, Impaired Driving in Canada, 2015, provides a great overview of impaired driving facts and stats. Here is what the report found:

According a research report by MADD Canada, Total Crash Deaths Involving Alcohol and/or Drugs in Canada, by Jurisdiction, 2012 :

According to a study by the Centers for Disease Control, Canada is the leader of the drunk driving death rate among wealthy countries. According to the report, 34% of vehicle deaths in Canada were due to alcohol impairment. This is 3% higher than the United States (31%) and New Zealand (31%).

"Countries with the lowest percentage of fatal crashes tied to alcohol were Israel (3.2 per cent), Japan (6.2 per cent), and Austria (6.8 per cent)," says Douglas Quan on National Post.

What Is Drug Impaired Driving? 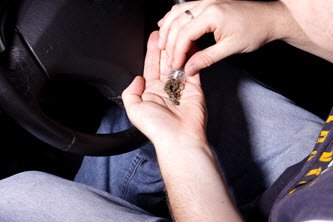 Drug-impaired driving refers to the operation of a motor vehicle while one’s ability is adversely affected by a drug, including illegal drugs, prescription drugs, over-the-counter medications and volatile inhalants. This includes legalized marijuana.

In Canada, drug impaired driving is not limited to road vehicles. It includes ATVs, boats, and aircraft – even if they are not in motion. In the case of the RCMP, you will be asked to undertake an evaluation to determine whether you are impaired. If you don’t comply, you will receive criminal charges. This evaluation and conviction process applies to all drugs – legal, over-the counter or illegal.

Are There Demerit Points For Impaired Driving?

Impaired driving laws become more severe if you cause harm to others :

An impaired driving conviction will significantly impact your rates, how you are classified, and your ability to get coverage.

Expect your rates in Ontario to skyrocket with an impaired driving charge. Your rates can increase by up to 5 times your normal premiums or more.

If you are convicted of an impaired driving charge, you may have issues getting insurance coverage. You could be denied coverage or require high risk auto insurance.

Impaired drivers are considered to be riskier because they are more likely to be a repeat offender. “MADD Canada says 30 per cent of drivers with an impaired conviction get another within 10 years,” adds Jason Tchir on Globe and Mail.

What Is The Back On Track Program?

If you are convicted of impaired driving, you will be required to complete the Back On Track Program. This includes if you were convicted of driving while impaired by drugs. You can register for the program online and attend in person at a location in your city.

You will be required to complete an Education Workshop and a Treatment Workshop. The program takes 16 hours to complete. The cost of the program is $634. If you do not complete the program your licence will remain suspended.

How Can I Avoid Driving While Impaired?

You make the decision to drive while impaired. It’s important to not put yourself in situations where you could get behind the wheel when impaired. Here are some common sense tips to help you avoid driving while impaired :

You can also help prevent others from driving while impaired. Don’t allow others to drive if they have been drinking. If you suspect a driver to be impaired, notify the police. Taking these steps can help keep our roads safe.

Drivers have a lot of questions related to impaired driving rules, laws, penalties and consequences. Here are the most common :

An impaired driving charge will stay on your driving record for 3 years. It will take 10 years for the conviction to be removed from your criminal history.

Impaired driving will affect your premiums for 6 years. During this time you will have higher rates.

Yes. There are provincial and federal laws outlawing impaired driving. You face criminal charges at the federal level and you also face penalties for breaking provincial driving laws.

Yes, depending on the circumstances of your conviction, you could face jail time.

In general, drinking one beer, glass of wine, or spirit will not put you in danger of reaching a .08 BAC. This is especially if you have food or wait a while before driving. If you feel the effects, just don’t drive.

Every person is different. Know your limits. If you plan to drink, don’t plan to drive afterwards.

Its always a good idea to wait to drive if you’ve had a drink. It takes the average person about one hour to process one alcoholic beverage. So, if you had one drink, wait an hour. If you’ve had two, wait two hours. Any more than this, you should not drive, just to be safe.

It’s estimated that between 1250-1500 people are killed each year because of impaired driving. An additional 63,000 are injured.

Lease Or Buy A New Car Guide – Is Leasing Or Financing Better?
What Are The Most Reliable Cars And Car Brands?
Parking Lot Accident : Who's At Fault? Driving Record, Insurance And Other FAQs
<<21 Tips For Driving At NightDriving High In Ontario>>