How do demerit points work in Ontario? 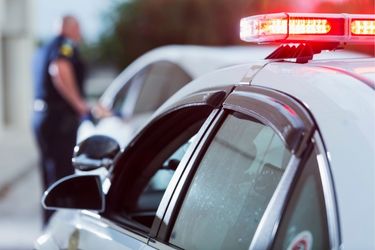 Demerit points are not something you want to be added to your Ontario driver’s license. For starters, if you have any, it means you have received a traffic ticket, and it also means that your Ontario car insurance could be impacted when it comes time for renewal.

Here’s everything you need to know about how the demerit point system works in the province.

What are demerit points?

Ontario. If you receive a ticket, you may receive some in addition to a fine. They range from 2 points for minor convictions to 6 points for serious traffic convictions.

Unfortunately, not all drivers take driving seriously. This system was created to remedy this as a way to hold drivers accountable for their actions. They are assigned to driving infractions, with more serious tickets receiving a higher number of demerit points.

The demerit-point system encourages drivers to improve their behaviour and protects people from drivers who abuse the privilege of driving.

Demerit points do not directly affect your Ontario car insurance. It's being convicted of traffic violations that can impact your costs. While a single minor conviction generally has minimal impact, having multiple or major convictions will increase your costs. The system was implemented to track offences for the purpose of driving suspensions. Keep in mind if you collect enough you can lose your licence, which will result in a big premium increase.

How many Ontario demerit points do I start with?

One of the most common misconceptions about them is that you “earn” or lose them. In Ontario, you start with zero demerit points. You gain them as you are convicted of breaking laws under the Ontario Highway Traffic Act.

How to check demerit points in Ontario

If you are curious as to how many demerit points you have accumulated, you can order a request for your driver’s abstract either online or in person. You can pay $12 for an uncertified version, or $18 for a certified version. Both will include the total of demerit points and a three or five-year history including convictions, penalties, and driving offences.

What is the maximum amount of demerit points you can have in Ontario?

How many you are allowed to collect depends on the type of driver’s license you have. The following breaks down the penalties for them :

As a fully licensed driver, you can accumulate up to 15 demerit points before your driver’s license is suspended.

Here is a breakdown :

Once the suspension is over, you may need to take a vision, written, and road test again. If you pass, your license will be reinstated and the demerit points will be reduced to 7.

As a new driver or young driver, you face different demerit point penalties. This includes drivers with a G1 or G2. Here’s a breakdown of penalties you could face :

Any of the above can result in your auto insurance raising significantly.

Not all traffic tickets will land you demerit points. That is the good news. The bad news is they will still result in a fine. Tickets with no points are typically minor offences. Here's how you can be affected :

The number of demerit points you’ll receive for speeding in Ontario will depend on how fast you were caught going.

Here is a list of how they are assigned for speeding :

We all know that driving impaired, and texting and driving in particular, are a huge issue on roads today. Depending on the conviction, your demerit points will be affected by :

Novice drivers with a G1, G2, M1 or M2 are not subject to demerit points for distracted driving, but they will face fines, a licence suspension or cancellation.

If you face distracted and careless driving fines, you could see 6 points, fines of up to $2,000 and/or a jail term of six months, and up to a two-year license suspension.

How many demerit points for impaired driving in Ontario?

This is an interesting case. While most would assume that a driver would receive some points for impaired driving in Ontario, there are actually no demerit points. Impaired driving is a criminal offence it falls under the Criminal Code of Canada. Criminal charges have more severe consequences including jail time.

How many demerit points for failing to wear a seatbelt?

Making sure your seatbelt is secure before starting to drive is a very important safety consideration. Plus, if you are convicted of a seatbelt infraction, you will get 2 demerit points. There are actually three instances of failing to wear a seatbelt where you can be charged :

Stay safe and buckle up! 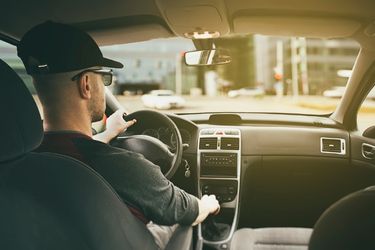 How are demerit points applied?

The Ontario Ministry of Transportation provides a complete list of offences that come with demerit points :

How many demerit points until suspension?

If you accumulate fifteen (or more) demerit points with a full G licence, you will receive an automatic 30-day driver's licence suspension.

After the suspension is over you will have your Ontario driver’s licence reinstated and the number of points will be reduced, but they will still be on your record for two years. If you gain more points, you will receive another suspension.

Novice drivers (G1 & G2) will receive suspensions if they have four or more points. If they receive nine or more, they will have a 60-day suspension.

Whether you receive two, three, or nine demerit points it will not increase your car insurance quote, unless they come with a conviction, or you are found guilty for a severe driving offence such as stunt driving.

Demerit points will last two years from the date they are earned. Once the two years have passed, they are removed. If the date of removal has passed, it’s a good idea to check your driving record to ensure they have been removed.

Yes can check online. You can order a copy of your driver’s abstract at the Service Ontario website. You can get it emailed to you directly. The cost is $12 to $18 depending on the report.

No, the demerit points associated with traffic violations will not appear on the ticket. Police officers are not authorized to assign them to a traffic offence. They are added by the Ministry of Transportation once you pay your ticket or are found guilty in court.

Remember, they can stay on your record for 2 years, and if you accumulate too many, you could receive a warning or even a license suspension.

Yes. You can get demerit points for traffic convictions that occurred in other provinces and some states in the U.S. Ontario has a reciprocal agreement with the state of Michigan and New York and other Canadian Provinces and Territories. The number of points you receive will depend on the conviction.

If you have been convicted of a driving offence in another Canadian province, the State of New York or Michigan, they will be added to your record just as if the offence happened in the province, says Ontario.ca.

Here are some that will get added :

Even though your policy won't immediately increase from demerit points, a high number of them are proof that you may be a dangerous driver. Keep your driver’s abstract clear and premiums low by being a considerate and safe driver.

How To Get A Free Vehicle History Report

Planning to buy or sell a car? Get a vehicle history report. Learn about what they are, why you need one, the details they provide, and how to get a free car history report. 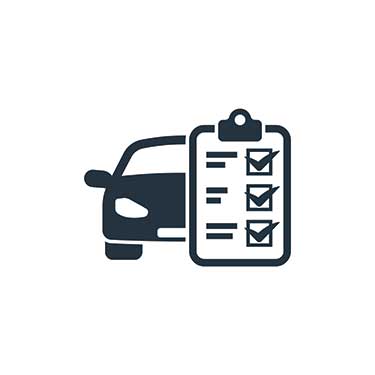 An Ontario driver’s abstract is an important document that outlines your driving record and history. It can have an impact on your car insurance. This blog post outlines everything you need to know about driver’s abstracts in Ontario.

A Guide to Electric Vehicle Charging in Canada

Charging an electric vehicle in Canada is as easy as following a few steps and planning ahead. Here is your guide to EV charging across the country and at home. 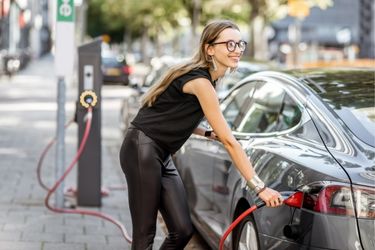 Electric vehicles are here to stay. We created a list of the best luxury, most efficient, and the cheapest EVs in Canada.