Road Rage Is On The Rise : What You Can Do to Stop It

⊸ Blog⊸ Road Rage Is On The Rise : What You Can Do to Stop It

We’ve all been there – the feeling of rage building up when we get stuck in traffic, are running late or get cut off by another driver. That feeling is road rage, and it’s a common occurrence today. It’s also potentially very dangerous if you don’t control your emotions in that moment. 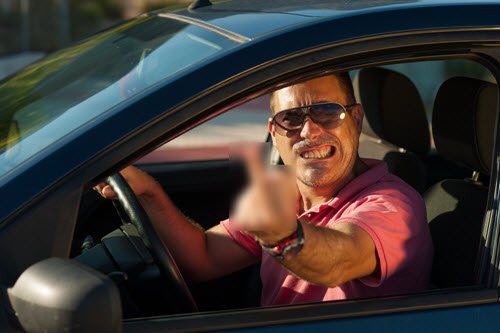 However, many Canadians are failing to control their emotions when behind the wheel. According to a recent survey, 1 in 3 Canadians admit to suffering from road rage at least once per month. Getting cut off, having someone steal your parking spot, slow drivers impeding traffic and other people not abiding by road rules is frustrating. These also tend to be common triggers for many drivers.

Of the biggest pet peeves for drivers, 30% cited tailgating, 22% distracted driving, 22% getting cut off, and 11% another driver taking up two parking spots. There is no shortage of reasons why drivers become frustrated and act out.


What Is Road Rage?

Road rage is a form of aggressive driving, and it can take on many different forms. From cutting off other vehicles, following too closely, engaging in dangerous driving habits and not obeying traffic laws, you never know how a driver in a fit of road rage will react. It is perhaps best defined not by a specific action, but as a negative emotional response or aggressive reaction to a situation or other driver.


Just How Dangerous Is Road Rage and Aggressive Driving?

While many assume road rage to be nothing more than an overly aggressive driver or someone honking their horn, it is a lot more serious than most realize.

“Many road rage behaviours can be considered aggressive driving, which is one of the leading causes of death on Ontario highways,” said OPP Sgt. Kerry Schmidt to CBC News.

"We still see it all the time, and people are just frustrated on the highways, I guess, and taking it out on their fellow motorists," Schmidt adds.

Not convinced that road rage is a serious issue? In addition to some of the crazy videos that have popped up online, here are some eye opening stats from safemotorist.com that communicate the dangers of road rage :

There is no shortage of causes that can lead to road rage. Some you bring on yourself, and some are brought on by other drivers and driving situations. Here are some of the main causes of road rage : 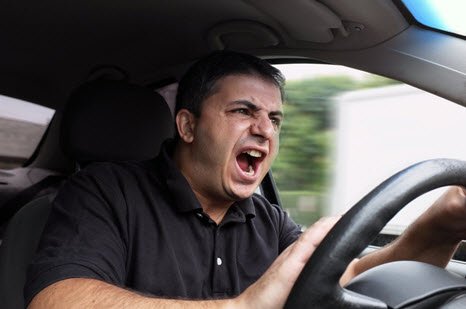 These are only some of the countless things that could cause you or other drivers to break into a fit of road rage. While you cannot control the actions or emotions of other drivers, there are things you can do to ensure you stay level headed when driving.


How to Avoid Aggressive Driving and Road Rage Incidents


What If I Am Threatened by a Road Rage Driver? 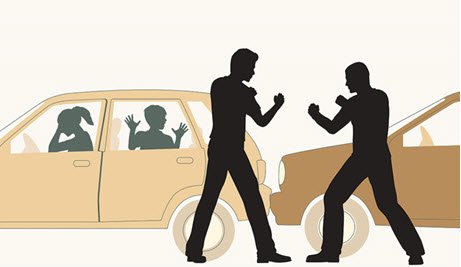 We’ve all had situations where another driver beeps their horn, gives you the one finger salute or yells obscenities at you. While it’s tempting to give it back to them, you should always do you best to keep cool and let it go. Here is what to do if you are approached or threatened by a driver with road rage :

If you notice that you are prone to driving aggressively, then you may want to give usage based insurance a try. Rather than focusing on not being an aggressive driver, focusing on being a better driver is important. Plus, the car insurance discount for good driving is a great incentive to reduce aggressive driving habits and behaviours.

This combination can help drivers take a more relaxed approach to driving and avoid the potential insurance repercussions of road rage driving such as getting charged for aggressive driving, getting into an accident, accruing demerit points, and seeing your auto insurance rates spike.

Next time you start to feel stressed when driving, take a deep breath, and don’t become another road rage statistic.

A Guide to the Ontario Graduated Driver's Licensing System
What Are The Cheapest Cars To Insure?
Commuting In Canada: Stats, Facts, Tips On Commuting In Canada
Have A Fender Bender? What To Do When A Car Accident Happens in Ontario
A Simple To Follow Guide For How To Buy A Used Car


<<E-Bikes In Toronto And Ontario - Rules, Laws & Confusion House Water Damage And Prevention - What Is Covered By Home Insurance?>>