Car insurance costs in Ontario are some of the highest in the country. We pay more than most drivers for insurance – considerably more compared to some provinces. But, why does Ontario have higher than average costs?

In this blog, we’ll take a look at the average cost of Ontario car insurance and the key factors that influence automobile insurance costs.

What Is The Average Cost Of Car Insurance In Ontario?

The average auto insurance cost in Ontario is $1,634 per year. Most drivers pay in the range of $1,300 to $1,800 annually. Rates are higher or lower depending on your location, the type of vehicle you drive, driving history and many other factors.

What Is Average Cost For Car Insurance Per Month In Ontario?

For example, if you pay the provincial average of $1,634 annually, your average monthly car insurance costs in will be $136.

What Factors Impact The Average Car Insurance Costs In Ontario?

There are many factors that have a direct impact on the average cost. Some you have control over (the car your drive, driving history) and others you don’t (insurance industry factors). 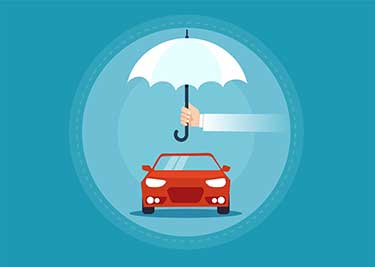 There are some of the factors that drivers in Ontario have no control over :

There are certain factors you can control to help keep your costs down :

Will The Average Car Insurance In Ontario Go Down? 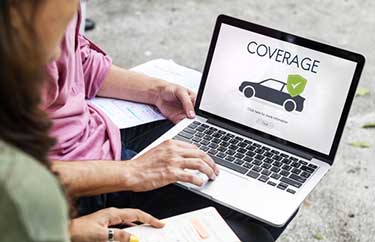 Even though the Government of Ontario has made promises to get insurance costs under control, they are still on the rise. Average insurance prices have not significantly decreased at all since 2014 and have actually increased in 9 consecutive quarters since Q4 2017.

It’s very important for drivers to take important steps to keep costs down – such as comparing quotes annually and working with a good advisor.

Average Car Insurance In Ontario By Age and Gender

Age and gender both play a role in how much you will pay for auto insurance. Even though you have no control over them, they will still influence your costs.

Age is an important factor considered by insurance companies when determining rates. Drivers tend to pay less for insurance as they get older. Drivers in the 18-25 age range pay higher average car insurance.

Young drivers pay more for insurance because they are more likely to get into an auto accident which results in more expensive rates.

Gender is another factor used by insurers to set premiums. Men are considered to be a greater risk than women. They tend to drive more, are more likely to be involved in accidents, and partake in riskier driving behaviors. Males on average pay more than females.

Average Car Insurance In Ontario For A New Driver

New drivers, especially if you are under 25 years of age, will pay some of the highest insurance premiums in Ontario. Drivers with a G1 driver’s license will pay more than a driver with a G2 or a G driver’s license. As you progress through the licensing system, your rates will decrease.

Expect the average car insurance in Ontario for a new driver to be considerably more than the provincial average.

What Is The Ontario Car Insurance Average By Location?

Your location plays a huge role in your insurance costs. Depending on where you live your rates could vary by hundreds of dollars annually. For example, the average cost for Toronto car insurance is just over $2,000 annually.

In Brampton it is about $2,400 annually, which is the highest in the province.

The lowest area in Ontario is the north eastern area of the province. Cities such as Kingston and Belleville average about $1,000 per year.

Here are the average car insurance costs for Ontario cities :

Drivers can check out our car insurance calculator to learn more about determining insurance costs in Ontario.


Here Are Some Other Helpful Insurance Articles

What Are The Cheapest Cars To Insure In Ontario?
Car Accident Reporting And What Do After You've Been In An Accident
Demerit Points In Ontario
The Total Cost To Own And Drive A New Car
Top 45 Car Insurance Savings Tips


<<What Are The Safest Cars To Drive In Canada?Alberta Driver's License System Guide>>