It’s turning into a matter of she said/he said when it comes to the much-discussed 15% reduction in the cost of car insurance to Ontario drivers, with NDP Leader Andrea Horwath looking to make the insurance reductions an election issue.

She is saying, according to a Toronto Star article, that the governing Liberals have failed to meet their promise to reduce car insurance rates by 15 percent.

The Liberals, however, say they’re living up to their pledge. Liberal MPP Steven Del Duca (Vaughan) said, “In August 2013, we specified that we would meet the target within two years, with an 8-per-cent cut in the first year.” 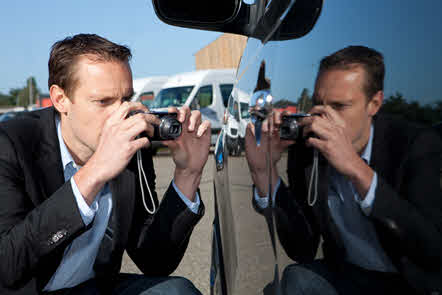 Del Duca referenced the independent Financial Services Commission of Ontario, which confirmed in April that, on average, car insurance rates have dropped by 5 per cent. This, Del Duca said, is on track to meet the commitment of 15 per cent by next year.

Meanwhile, the Insurance Brokers Association of Ontario (IBAO) has indicated the need for Bill 171, the Fighting Fraud and Reducing Automobile Insurance Rates Act, to get passed into law.

According to Canadian Underwriter, Canada’s Insurance and Risk Magazine, an IBAO press release warns that “there will be no way for Ontario to deliver the promised 15% average rate reduction by August 2015” if Bill 171 does not get passed into law.

As the IBAO has stated, “Bill 171 lowers prejudgment interest (PJI) to a reasonable rate, fixes the dispute resolution system as recommended in the Cunningham report, protects consumers from untrustworthy repair and storage shops, and helps implement health clinic licensing.”

While Bill 171 fell through with the fall of the Liberal government, another spring budget item that is also now in limbo is the Liberal government’s plan to open a new Ontario office dedicated to investigating and prosecuting “serious fraud,” including fraudulent auto insurance claims, as revealed in a separate Canadian Underwriter online article.

In presenting the 2014-15 budget, Ontario Finance Minister Charles Sousa said the government is “building on the steps it has taken” to reduce auto insurance claims costs “by developing a dedicated investigation and prosecution office on serious fraud, with an initial focus on auto insurance fraud.”

Back to the Ontario election, NDP Leader Andrea Horwath has stated in a CBC news article that an NDP government would force insurance companies to pass on any rate reductions to motorists immediately.

For its part, the Insurance Bureau of Canada (IBC)maintains that the current auto insurance system is “simply not working.”

“Too much of the money doesn’t actually go to accident victims,” the IBC states on its website. “Instead, it pays for other costs like legal fees, fraud and assessments by for-profit medical facilities.”

With so many different players involved, there is a good degree of complexity surrounding the auto insurance industry and rate reductions in Ontario. Time will tell what happens – and when.

Are You A Good Driver?